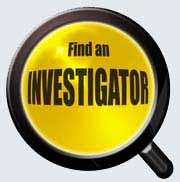 Liasion to the board: Noel Putaansuu

Subrogated insurer sues manufacturer of fluorescent light ballast, claiming defect in ballast caused fire. In support, insurer relies on testimony from fire expert Dr. Joe Romig, who opines that ballast could have started fire at temperatures well under wood's usual ignition point of 400 degrees Fahrenheit, through process known as "pyrolysis." Insurer also offers testimony from fire department investigator, Lt. Dan Pfannenstiel, who bases his opinion on his experience as fire investigator and his elimination of other possible origins of fire. District court excludes testimony from both witnesses and awards summary judgment. Exclusion affirmed. Lower court excluded pyrolysis testimony both because it found pyrolysis theory was unproven and unreliable, and also because it was not reliably applied. District court's first basis for exclusion was correct and so its second basis need not be reached. Pyrolysis theory enjoys only tenuous support in literature and remains fraught with scientific uncertainty, and cannot be applied to these facts without analytical gaps of impermissible breadth. Insurer protests that defendants did not contest generic reliability of pyrolysis theory before district court, but district court has independent gatekeeping obligations to evaluate scientific foundations of evidence, and may look beyond testimony of witnesses before it in doing so. Fire department investigator, meanwhile, testified that standard method of analysis is first to determine ignition temperature of fuel and then to determine what heat source could generate that temperature. Under that method of analysis, investigator could not legitimately conclude that wood could ignite at temperatures generated by ballast except through reliance on pyrolysis theory.